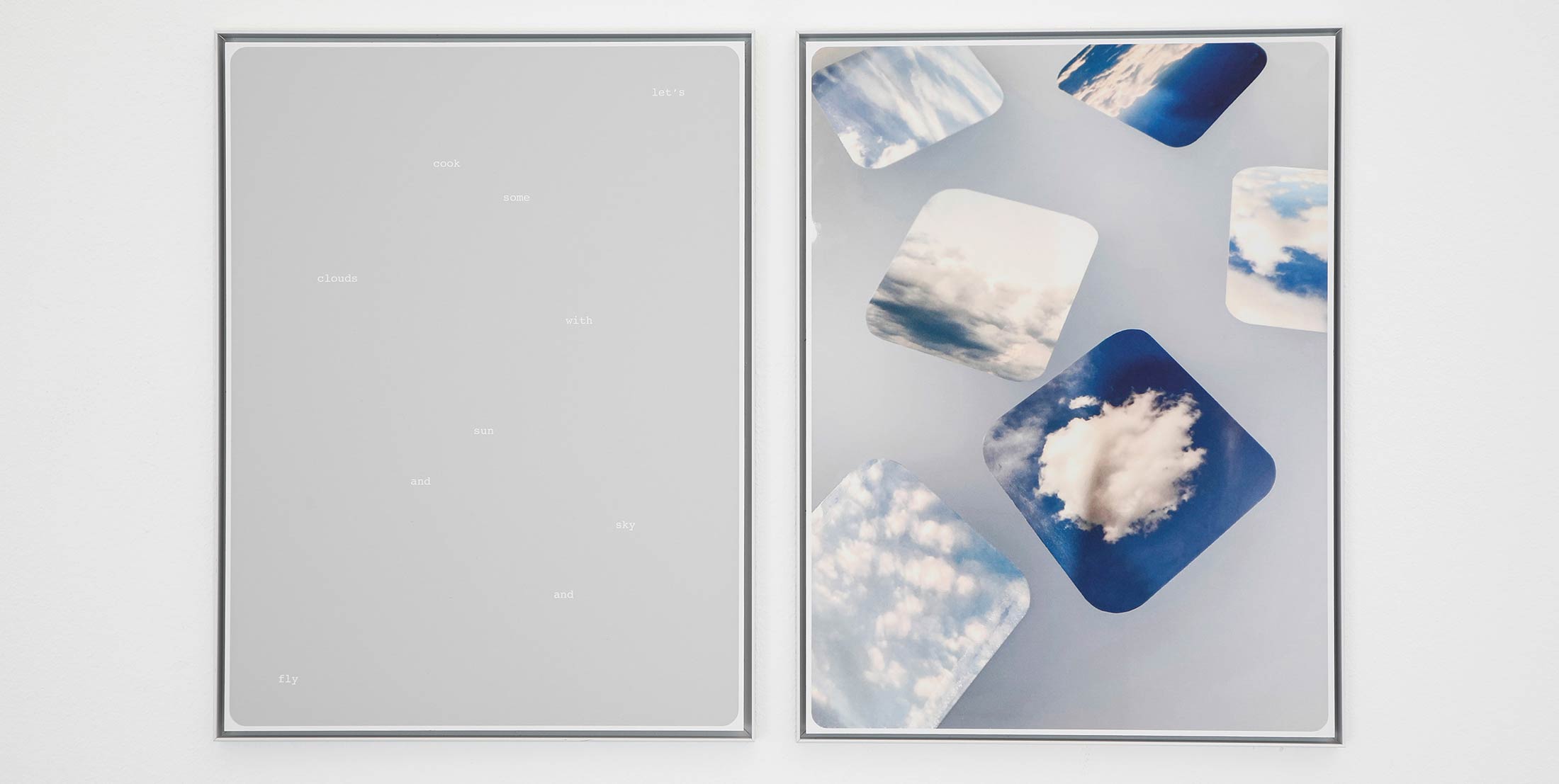 The contemporary artist Georgia Creimer presents her work in a duo show with the artist Aliki Braine at the Gallery Raum mit Licht.

The Exhibition can be viewed online and analog at the galleries space.

The fourth Duo Show of 11 presents the artists Georgia Creimer and Aliki Braine.

Georgia Creimer is a contemporary Brazilian artist who lives and works in Vienna, Austria.

Her work deals with the principles of natural and human existence.

In this, she does not understand her creation as dedicated to a special subject but rather as a discussion of the human sense of nature as such.

All her work is therefore to be understood as a treatment of physical states of thinking and feeling.

Her installations can be read as a metaphor which, distributed in space, might combine in the installation to the wholeness of an organism again.

“This is the eternal origin of art that a human being confronts a form that wants to become a work through him. Not a figment of his soul but something that appears to the soul and demands the soul's creative power. What is required is a deed that a man does with his whole being..” - Martin Buber, I and Thou

Where do you come from?

Coming from Brazil, in my childhood, I was in close contact with tropical, explosive nature.

Not only at the beach, where I used to be ofttimes, but also in the city itself.

Nature in these parts of the world is huge, almost untamable, and not at all “tidy.”

It’s quite impressive to walk the streets and see the roots of an old tree breaking through the asphalt and destroying it.

I have now lived in Austria longer than in Brazil, and my deeper engagement with art started here, right after my studies in Brazil and my first solo exhibition in São Paulo at the age of 23.

The decision to move to Austria and begin working on my art without my own network has led me to feel thrown back to my own faculties, which, in effect, I was.

Despite my circle of art-loving friends, work for me was a lonely affair at first, entering a process of deep internalization and primarily drawing from my own resources.

„The Mexican poet Octavio Paz once said that the poet is not served by words; he is their servant“.

This quote  has something incredibly receptive and intuitive.

I have the feeling that some of my works seem to depict an archetypal universe.

It is preverbal and only shows itself through enigmatic symbols or in images that appear as mental associations.

Similar to the idea that the sculptor doesn’t invent the sculpture but liberates it from the rock.

This has to do with collective consciousness and the ability to liberate accidents from their banality and to see things as if it was for the first time.

I dare to say that artists have this ability—if they are lucky.

Such things fascinate me, because they seem to exude some sort of magic.

Looked at more closely, however, they are nothing but artistic practice in flux.‍

What is your creative process?

The creation of a new work is the result of some insight I gained from previous works. Each work gives birth to a wealth of possibilities. This has to do with nature and perhaps with a spiral growth as the infinite formative and self-generating structures in nature can be compared to artistic processes of generating forms and concepts.

How do you describe your art practice?

For me, making art is an exercise, an empirical process, a kind of life science.

There are no topics separate from this activity that are of any interest to me; everything is yielded by my work as an artist.

Different conditions constantly arise, both in my life and in my work, and as an artist, I am quite capable of reacting to change—because everything is equal; everything is material.

What artwork are you showing for the exhibition?

The work  let’s cook some clouds, which I am showing in the actual exhibition DOMINO, has something to do with the special conditions we are experiencing in the world at this moment.

These images were extracted from a film which I did in the middle oft the first Covid lockdown, as a present for a friend who had birthday and who used to fly a lot.

At that time, my reflections revolved around „flying and airplanes“, or to put it another way: not being able to fly and to have this special view of sky and clouds and the longing for it.

For this film, I printed some cloud images on paper and cut them out so that the contour of these cutouts (its edges were rounded), reminded me of the contours of airplane windows.

Each of these clouds I then set aside in a dish, where they lay ready for further use.

I then filled a bowl with water and dropped some blue color inside of it, so that I could film how the blue color would spread in the water.

Then I threw these images, one after the other into this blue water and blew on it with a hairdryer.

This got everything moving, and the cloud images drowned in the blue water... In the end, it reminded me of cooking as if I were preparing a meal from a recipe.

This inspired me to write a text about the work which I then integrated into the actual work at the gallery.

What are your upcoming artistic projects?

An upcoming public space project, „Underscape“which is planned to be inaugurated in Munich in 2023.

Georgia Creimer is a contemporary Brazilian artist who lives and works in Vienna, Austria. Her work deals with the principles of natural and human existence. In this, she does not understand her creation as dedicated to a special subject but rather as a discussion of the human sense of nature as such.

All her work is therefore to be understood as a treatment of physical states of thinking and feeling. Her installations can be read as a metaphor which, distributed in space, might combine in the installation to the wholeness of an organism again.

„On Stones“, realisation of the winning project of the art & building competition for Innsbruck's     new University and Provincial Library Innsbruck

Contact
Thank you! Your submission has been received!
Oops! Something went wrong while submitting the form.
HomeFeaturesMember