Nicholas Osimani is a contemporary Argentinian artist who studied art at the José Figueroa Alcorta Superior School of Fine Arts, in Córdoba, his native city.

The artist now lives and works in Ibiza.

In 1985 he won the first prize in poetry from the National Bank with a poem entitled " Paraíso Hermético".

Between 1983 and 2000 he participated and carried out individual and collective exhibitions using different expression formats, such as painting, collage, video installation, and performance, in renowned spaces such as the National University of Architecture, El Cairo gallery, España- Córdoba Cultural Center Córdoba and Casa 13 gallery, among other cultural spaces in his hometown.

In 2001 he settled in Spain where he currently lives.

In 2005, he carried out a multidisciplinary solo show at Miscelanea gallery in the city of Barcelona.

In that same year, he began an ephemeral urban intervention project entitled "Los Castigados'' in the streets of the "El Raval" neighborhood, in addition to carrying out various performances.

In 2010 he moved his residence to Ibiza island, where he remains until this day, dedicating himself entirely to painting and poetry.

Poet, Painter, and Father born in Argentina and based in Ibiza for 20 years.

Success for me lies in waking up in the morning with a new idea to paint and by nightfall having it already alive on the canvas.

I paint and write in order, through the languages that these forms of expression construct, helping me to find a new and more real way of understanding the world.

It all started at eight years old with poetry.

I still remember writing verses in the margins of a dinosaur book (they were strangely very sexual for the age).

Writing from the beginning was always by my side.

My constant boredom, lead me to try other forms of expression and so, naturally, I got to painting.

In my house there were no artists, I had to discover everything for myself from there my limitations to which now and after a long inner struggle I try to maintain in my work.

As a teenager, I studied at the Figueroa Alcorta School of Fine Arts, in Córdoba, Argentina, my hometown.

I was particularly interested in sculpture and engraving but also spent time at the bar, playing pool, trying to flirt with girls, drinking beer, so I was not an exemplary student.

I made some multidisciplinary collective and individual exhibitions, exploring the possibilities of video art and video installations.

At the age of 29, I traveled to Barcelona and settled there.

In 2001 there was a large community of artists working in the street, and I dabbled in urban art.

I made a series of sculptures that I pasted on the walls of the city and exhibited in some galleries.

In 2010 I moved to Ibiza where I currently reside, I have my family and my studio.

During the early days of the pandemic, I returned to poetry and painting, seeking the peace that I so badly need.

My anxiety, my anger, and my constant boredom are my sources of inspiration.

I want to build my own language and Instagram helps me in that process.

I understand the social network as a medium, even a format, so I take care of its esthetics by following some patterns.

I am not looking for followers or likes but I am aware that they help someone anywhere in the world to read or enjoy my work.

I understand that some ignore it and even detest it and I accept it.

I do not pretend to please anyone, just work and be able to show this work.

I live with a thousand projects in mind that I hardly ever do and this does not frustrate me at all.

I am happy writing, painting, and taking care of my family.

This is how I believe to help in the search for healthier societies.

“ The man who cannot visualize a horse galloping on a tomato is an idiot". -A.Breton

A very big thank you to the wonderful Nico for sharing his work and his story with us! 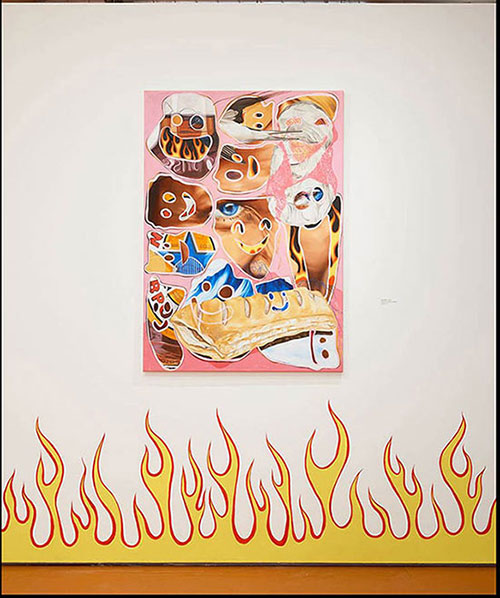 Bex Massey | We didn’t start the fire
Bex Massey on our new section Featured Artist! Read about what she has to say, discover her awesome work in our feature!
Discover the artist 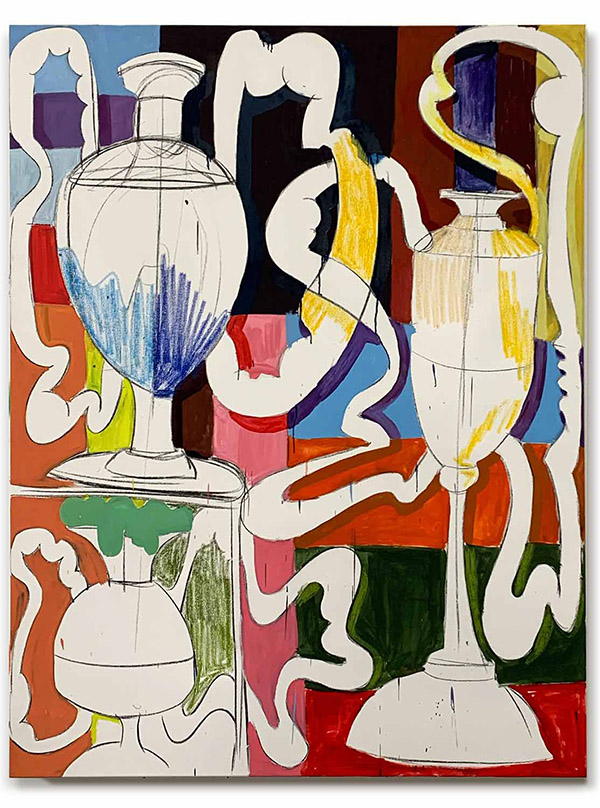 Timur Lukas | Childhood memories of grandmothers vases
Timur Lukas is a young emerging contemporary artist whose wonderful exhibition 'Der Wald vor Omas Fenster' at the Neuer Aachener Kunstform was the second exhibitions to be featured on the Munchies art club. Almost a year later we are ever so pleased to feature him again - on a bit of a more personal level. Enjoy the works and the story behind this gifted emerging young artist to watch. Enjoy!
Read more
All Viewing rooms
Follow us on Instagram
to get recognized.
Follow us